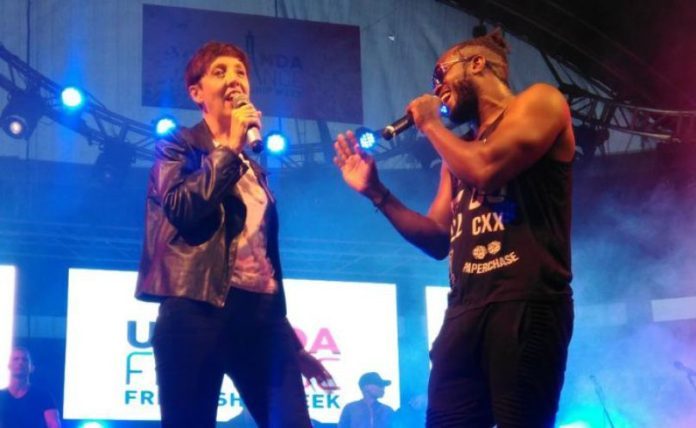 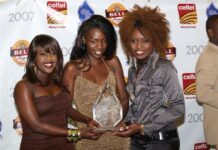 Uganda’s celebrated musician Bebe Cool and France Ambassador to Uganda Stephanie Rivoal staged a memorable performance at Namboole on Saturday with a sizzling climax to the France Uganda Friendship Week this after he was joined by the French Ambassador on stage for a performance of his hit single “Love Your Everyday”. The French Ambassador left many blown away after she sang word-for-word to the song, rousing chants from the excited audience.
The music concert was a closing event to the week-long “France -Uganda Friendship” week which kicked off on 18th March until 25th March. The friendship week involved a series of events aimed at consecrating the friendship between Uganda and France through music, culture, food, wildlife and sport.
Rivoal got an extra microphone and performed Love You Everyday with Bebe Cool to the delight of the crowd. “I told the ambassador I don’t want to be paid if she can sing one of my songs with me,” Bebe said before calling Rivoal on stage. Adorned in black jeans, and dazzling leather jacket, she looked like she was made for the stage. “How are you feeling right now,” Bebe Cool asked her. “I am feeling so good,” she replied.
Rivoal sang and danced like she had rehearsed, to the delight of the crowd. “It was a special occasion. Not everyone makes an ambassador sing and dance,” Bebe Cool said of the performance.